WHAT IS RADIATION THERAPY?

If you are being treated with radiation therapy your radiation oncologist will discuss the treatment with you and will decide the type of radiation and total number of treatments you will have, and how often the treatments will occur. You will also be provided with information about the side effects of your treatment. 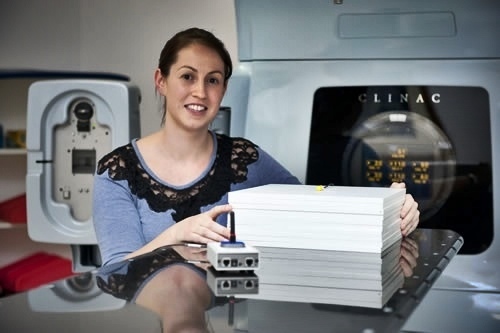 Radiation Oncology involves the use of high-energy radiation. The safe and effective application of this radiation requires an understanding of how this radiation is produced and controlled. Radiation Oncology Medical Physicists (‘ROMPs’) are involved in all aspects of radiation production and control, undertaking the commissioning and quality control of treatment equipment, and cooperating with other Radiation Oncology professionals in the design and refinement of patient treatments. ROMPs also undertake basic research to develop new and innovative approaches to radiotherapy. ROMPs typically have undergraduate and postgraduate degrees in Physics, specialist training in Radiation Oncology Physics and in Australia are professionally certified by the Australasian College of Physical Scientists and Engineers in Medicine (ACPSEM).